When it comes to getting down and dirty at the reloading bench don’t learn from your own mistakes. Instead, allow custom ammunition manufacturer Philip Massaro help you avoid them through his lifetime of experience.

When I started out handloading, it was a simple matter of economics. The younger me couldn’t afford to buy the Federal Premium and other top shelf ammunition, but I desperately wanted that level of performance. I owned but one big game rifle, a Ruger 77 in .308 Winchester (which still serves me well), so I really didn’t have a major investment in reloading gear. I asked my dad, Ol’ Grumpy Pants, to drag his Lee turret press and RCBS grain scale out of the closet, and I purchased a Lee trimmer and a set of RCBS dies. The first few seasons were spent just making ammo that worked, and I was successful in that department, but the mad scientist experimentation wasn’t far off. It still continues today, in varying forms. Here are some things I’ve learned along the way, which might help you on your path.

1. Don’t Try to Make a Silk Purse Out of a Sow’s Ear
My .308 Winchester, while a fantastic big game round, wasn’t a .300 Magnum, though I did my best to wring every last ounce of velocity out of it. Studying the reloading manuals, I did my best to turn it into a flat shooting magnum. I was obsessed with velocity, and lost sight of the big picture. Cratered primers, erratic accuracy and wasted money were the end effects. When I regrouped my thoughts and loaded the cartridge for the purpose that it was intended for, I got the results I should have been looking for in the first place: accuracy, and great field performance. Read up on your cartridges performance specs, and try to stay within reason.

Whether with hand-loaded ammunition or factory loads, learn what your rifle will shoot best and then get comfortable at the range with it.

2. Don’t Discount Old Data
There are many new powders and bullets on the market today, and they are wonderful, but that doesn’t mean that a tried and true bullet and powder combination from yesteryear won’t produce for you. I hoard old reloading manuals, because canister grade powders don’t change, and some of the newer manuals don’t cover all the possible powders. I’ve found great recipes in the old Speer, Hornady and Sierra manuals that have dropped out of print in recent years. Scour the gun shows, peruse eBay, and read through those old books.

3. Be Diligent
Once you become comfortable and proficient with reloading ammunition, it is not difficult to become lax. It’s simply human nature, and I’ve caught myself doing it. But, like the attention given to a chainsaw or a kitchen knife, we loaders need to be consistent and diligent. Treat every loading session as if were your first, and follow the rules of safety and common sense. Don’t clutter your bench with two or three projects. Turn the cell phone off, and free yourself from distractions. 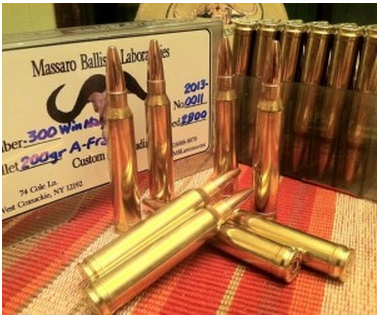 Attempting to force a cartridge to do something that it’s not suppose to can lead to inaccurate results and wasted money. (Photo: Philip Massaro)

4. Keep Good Records
When you finally find that sweet load that your pistol or rifle likes so much, you certainly don’t want to lose it. Or, when things don’t work, say a load that proved to give dangerous pressures with a particular bullet/powder combination, keep good note of that. I keep a spiral bound notebook that is precious to me, as it contains all the load development information that I have compiled, both things that worked well and things I’ll never do again. I also keep a digital copy of that in my computer, so the work isn’t lost should my notebook fall into enemy hands.

5. Clean Your Gear
Sounds silly, but with the very precise tolerances that are involved with reloading, it doesn’t take a great amount of case lube mixed with tiny brass shavings and spent primer residue to gum up a resizing die, or the copper and lead shavings to get jammed in the bullet cup of a seating die. This will change the dimensions of the loaded ammo, and affect accuracy in addition to creating feeding problems. I like to disassemble my dies to give them a bath in the ultrasonic cleaner every so often, to keep things neat and tidy. If you don’t have an ultrasonic, take some cotton swabs and a good copper solvent and scrub away. I then give them a light coating of RemOil or other lubricant to prevent rust, and then reassemble. One more trick in this department: I make a dummy round, using the bullet/cartridge I like, but without primer or powder, so I can easily readjust my seating dies to give the proper dimension after cleaning. Don’t forget to degrease and lubricate your press as well. All of these tips will make your life as a handloader safer, easier and much more enjoyable.

Editor’s Note: This article originally appeared in the Jan. 1, 2015 of Gun Digest the Magazine.